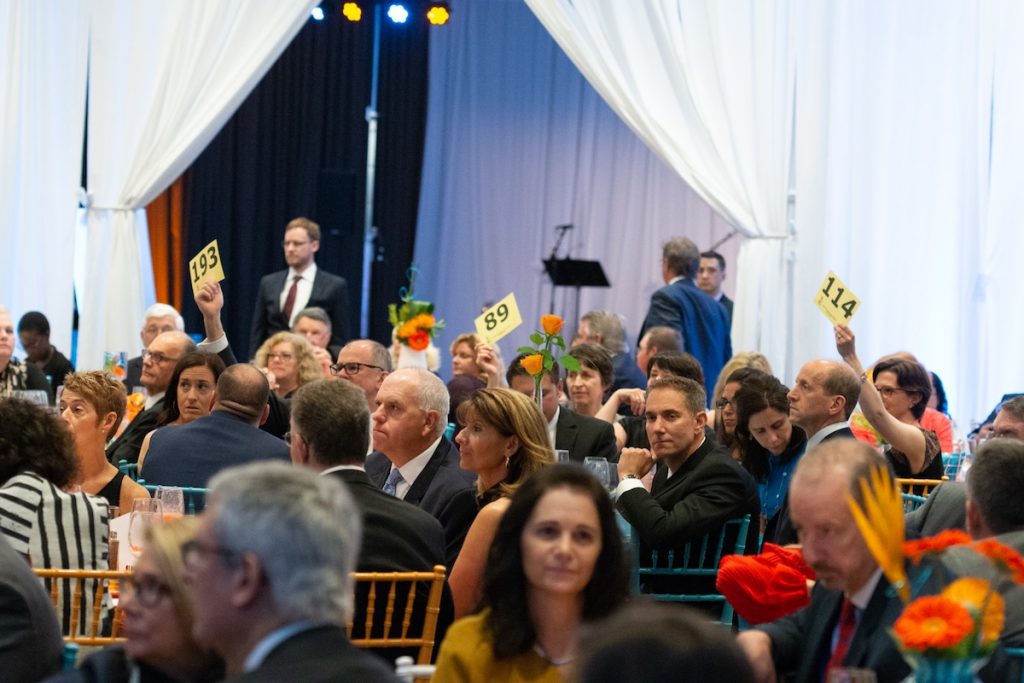 After raising more than $1.5 million dollars over the last three years, the Reliant Foundation’s 20th annual Drive for a Difference charity auction and golf classic continued its fundraising success by bringing in more than $400,000 to support its efforts to fund critical non-profit public health programs throughout Central and MetroWest Massachusetts.

The two-day event, the first of which took place at the newly-opened AC Hotel by Marriott in downtown Worcester, featured a spirited live auction led by nationally known auctioneer Paul Zekos. Auction items included amazing trips to destinations around the world, as well as exclusive local packages featuring a number of adventure, sports, and culinary experiences. A special “Fund a Need” auction round raised $50,000 in donations to fund much needed property upgrades to the Channing House, a transition facility operated by Advocates for men working to overcome substance abuse challenges tied to the opioid epidemic.

The day after the auction, more than 130 golfers stepped out on the course at Pleasant Valley Country Club for more fundraising on a beautiful day two of Drive for a Difference.

“Even as the Foundation was transitioning into an independent operation just weeks before this year’s Drive for a Difference, the outpouring of support we continued to receive from so many volunteers, benefactors and community partners was unwavering,” says Thomas Sullivan, Reliant Foundation’s board chair.

In April, the Foundation announced that it had become an independent 501(c)3 non-profit while maintaining its mission of supporting non-profit programs like those mentioned above.

“We’re excited about continuing our support for so many important programs throughout the region, and the success of this event is evidence that the care for others runs deep in this community,” adds Kelsa Zereski, president of the Reliant Foundation.

Since its inception in 1999, Drive for a Difference has raised $6 million to improve the health and well-being of people in the Central and MetroWest regions of Massachusetts. Proceeds benefit the important work of the Reliant Foundation’s community granting program focused on critical public health issues like substance abuse, children’s mental health, and childhood obesity.

For more information about how to support the Reliant Foundation or how to apply for a grant, visit reliantfoundation.org.