Reliant Foundation Appoints Dr. Marianne Felice to Board of Trustees 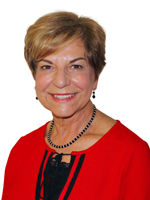 The Reliant Foundation today announced that it has appointed Marianne Felice, M.D., as its newest member of the Board of Trustees. Dr. Felice is a highly-respected clinician, teacher and mentor who has served in a number of high profile positions in the Worcester area for more than 20 years.

“As we make childhood mental health a growing priority, we’re eager to leverage Dr. Felice’s expertise to help strengthen our ability to identify and support the community’s needs,” says Kelsa Zereski, president of the Foundation.

Currently, Professor Emerita of Pediatrics and Obstetrics/Gynecology at the University of Massachusetts Medical School, Dr. Felice has worked tirelessly as an advocate for children and youth over her 40-year career. Prior to November, 2012, Dr. Felice was Chair of the Department of Pediatrics and Physician-in-Chief of the UMass Memorial Children’s Medical Center, positions she held for more than 14 years.

“I’ve been fortunate over my career, through the many positions I’ve held, to gain exposure to and help combat some of the same challenges that the Foundation is working hard to address,” says Dr. Felice. “I look forward to being a part of an incredibly talented and enthusiastic board as we can continue to make a significant impact on public health issues in the community.”

In addition to her clinical work, Dr. Felice has served on many local and national committees and boards, and has testified before state and national government bodies. Dr. Felice has also been an officer of the major professional societies in her field, and received numerous awards for her work in healthcare.

More information about the Foundation, and how community members can continue to support its mission, can be found at reliantfoundation.org.